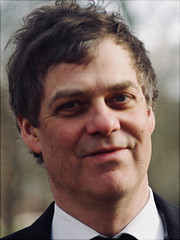 After studying law and political sciences Florian Jeßberger received his PhD in law from the Universität zu Köln with a dissertation on sentencing in Germany and the United States (‚Kooperation und Strafzumessung’, Berlin: Duncker & Humblot 1999). He completed his ‚Habilitation’ at Humboldt-Universität zu Berlin with a thesis on the law of criminal jurisdiction (‚Der transnationale Geltungsbereich des deutschen Strafrechts’, Tübingen: Mohr Siebeck 2011). Before joining Universität Hamburg in 2010, Florian Jeßberger was the Lichtenberg Professor of International and Comparative Criminal Law at the Faculty of Law, Humboldt-Universität zu Berlin.

A co-editor of the Journal of International Criminal Justice (Oxford University Press) and of the South African Journal of Criminal Justice (Juta) Florian Jeßberger authored or co-authored three books, the most recent of which is ‚Principles of International Criminal Law' (with Gerhard Werle) published by Oxford University Press (3rd ed. 2014; 4th ed. forthcoming 2019) and translated into various languages (Spanish, Chinese, Russian, Italian), including German (4th ed., Mohr Siebeck, 2016). In addition, he has edited or co-edited four scholarly volumes, including the five-volume ‚International Criminal Law’ (with Antonio Cassese & Robert Cryer), and four special issues or symposia in peer reviewed journals.

Florian Jeßberger has been a visiting professor or scholar at a number of universities, including the University of Oxford (2018; Jesus College); the University of Ferrara (2016; Letizia Gianformaggio Chair); the China University of Political Science and Law, Bejing (2011); the University of Naples (2004-2005; Feodor Lynen Scholar of the Alexander von Humboldt-Foundation); the University of Western Cape, Capetown (2000); and the University of California, Berkeley (1996). He is a co-principal investigator of the Minerva Center for the Study of the Rule of Law under Extreme Conditions at the University of Haifa, serves on the Advisory Board of the European Center for Constitutional and Human Rights and chairs the steering committee of the Arbeitskreis Völkerstrafrecht, the association of German speaking academics and practitioners with an interest in international criminal justice.

In his research, Florian Jeßberger focuses on criminal law, including its international, comparative and historical dimensions. Currently, he is, funded by a grant of the Volkwagen Foundation, leading a team of scholars conducting research into the seminal Stammheim-Trial (1974-1977) of the leaders of the German terrorist group Rote Armee Fraktion. In another multi-year project he explores the practice of strategic litigation networks in the area of gross violations of human rights; this project is funded by the German Research Foundation (DFG).

Florian Jeßberger’s publications (in English) include:

Jeßberger, Florian (with Gur-Arye, Miriam). 2011. The Protection of Human Dignity in Interrogations: May Interrogative Torture Ever be Tolerated? Reflections in Light of Recent German and Israeli Experiences. Israel Law Review 44, pp. 229 et seq.

For a complete list of publications and further information you may visit: