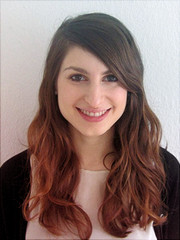 Reem joined the Albrecht Mendelssohn Bartholdy Graduate School of Law in November 2017. Her dissertation explores state responses to online extremism and the implications of pre-emptive measures in this regard. She has previously published in the area of radicalisation, with a particular focus on right wing and jihadi extremism. 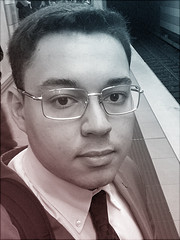 Currently he is a Ph.D. candidate at the University of Hamburg, granted to scholarship from the Albrecht Mendelssohn Bartholdy Graduate School of Law.

During 2016 and 2017, Lucas served as Teaching Fellow at the University of São Paulo, Visiting Lecturer at CEDIN – Center of Studies of Law and Business, and Arbitrator at FDI and Willem C. Vis International Commercial Arbitration moots, both in Brazil and abroad. 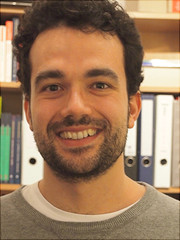 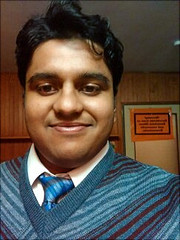 Born in 1990 in Kerala, India. Noby Thomas Cyriac completed his B.A.LL.B.(Hons.) degree with specialization in Business Laws in 2014 from the Rajiv Gandhi National University of Law, Patiala. He enrolled himself as an advocate in the same year and joined Joseph & Kuriyan Advocates where he started his litigation practice in Kerala (2014-16). His practices areas were civil, corporate litigation and arbitration. In 2016, he received the Jawaharlal Nehru Award for International Understanding – Dr. Angela Merkel Scholarship. Pursuant to this Award, he was selected for the LL.M. program in “European and European Legal Studies” at the Europa Kolleg Hamburg, University of Hamburg (2016-17). Meanwhile in his first year in Germany he was associated with the Competition Law team of Baker Mckenzie in Dusseldorf. His Master Thesis focus was on "The Role of Big Data in the EU Commission's Control of Mergers: The Facebook/WhatsApp Case and Beyond".

Since November 2017, Noby Thomas Cyriac is a Ph.D. student of Albrecht Mendelssohn Bartholdy Graduate School of Law. As an Ambsl researcher he is working on the topic of Abuse of Dominance by Big Data dominant firms in the realm of EU competition law jurisprudence. 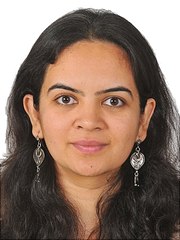 Kelly Amal Dhru is a law graduate from India, and has completed the degrees of Bachelor of Civil Law (Distinction) and Master of Philosophy of Law from University College, University of Oxford.  In India, Kelly was a founding member of Research Foundation for Governance in India, a think-tank focusing on legal awareness and legislative drafting, and a co-founder of Lawtoons, a comic book series to educate children about laws and rights. In 2016-17, She was a Fulbright-Nehru Master’s Fellow in Public Health Law and Bioethics, as a part of which she completed the LLM from Harvard Law School. She is a research assistant to Professor Marion Albers, and her PhD focuses on the topic ‘Emerging Neurotechnologies, Personhood, and Legal and Human Rights.’ 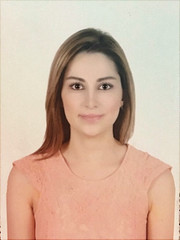 Rawan Diab (was born in Latakia, Syria in 1990), after graduation from high school 2007, She held an undergraduate degree from the faculty of law at Tishreen University in latakia in 2012. Then received a scholarship from the University of Algiers where she obtained her Master’s degree in public law (department of Environment and Urbanization) in 2015. After that she joined the Albrecht Mendelssohn Bartholdy Gratuate School of Law in November 2016, and is currently working on her doctoral thesis at the University of Hamburg, (Faculty of law, Prof. Dr. Jochen Bung, Professorship for criminal law and legal philosophy).

Her Doctoral thesis focuses on the right to immigrate in international law, there is only a right to leave, not a right to enter the state of asylum. Philosophically, there are different positions on this. In addition to some issues related to this topic such as open borders and universal citizenship. 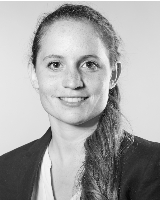 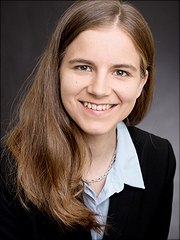 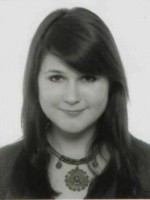 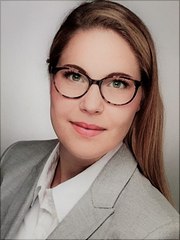 Svenja Langenhagen grew up in Munich (Bavaria) and moved to Hamburg in 2012 in order to study law at the University of Hamburg. Svenja Langenhagen spent one semester participating in the 22nd Willem C. Vis International Commercial Arbitration Moot Court (an international competition between teams of over 350 universities worldwide) as a team member (2014/2015). Afterwards, in course of her further university studies, she specialized i.a. in private international law and in international procedural law.

While passing her first state exam, Svenja Langenhagen worked in a law firm (insolvency law) and coached the Vis Moot Team of the University of Hamburg for the 26th Willem C. Vis Moot Court (2018/2019). Concerning the Vis Moot she is now a vice chair of the ‘Vis Moot Court Alumni Universität Hamburg e.V.’ and again a mentor for the this season’s coaches.

Since June 2019 Svenja Langenhagen is working as a Research Associate for Prof. Dr. Peter Mankowski at the University of Hamburg in the field of private international law and international procedural law. Simultaneously, she started with her PhD thesis in the field of “Human Rights and Environmental Protection in International Sales Law” under the supervision of Prof. Dr. Peter Mankowski and Prof. Dr. Mareike Schmidt (LLM, Tsinghua). Since October 2019 Svenja Langenhagen is a member of the Albrecht Mendelssohn Bartholdy Graduate School of Law and holds a scholarship for her PhD. 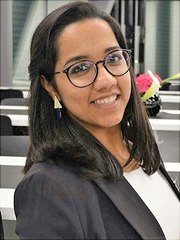 Before joining the program, she briefly worked on the transitional justice issues in Myanmar followed by a Traineeship at the European Center for Constitutional and Human Rights in Berlin. At ECCHR, she primarily assisted on the situation of War Crimes in Iraq by the UK Forces between 2003 - 2008 before the International Criminal Court. In 2018, she taught undergraduate students at Jindal Global Law School, Sonepat, India.
Her research interests include International Criminal Law, Strategic Litigation, and Transitional Justice. 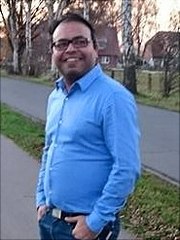 Abhishek has five years of academic experience in India as Assistant Professor, prior to joining AMBSL, University of Hamburg; he was associated with WBNUJS, Kolkata. WB, India. and two years of international and national law firms experience. He has published articles in various journals such as Year Book on Indian Society of International Law. He also has a book to his credit on Capital Market: Legal Regime in India published in India. He is presently researching on the topic of “Extrajudicial Killings: Normative study to determine the impact on State and Democracy in changing World Order.” The central thrust of his thesis is comparative study of certain States to identify the raison d’etre of extrajudicial killings in those states. The study analyses the relationship between right to life under international law and municipal law. 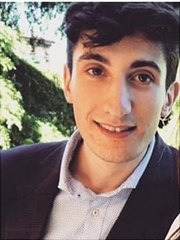 Born in 1995 in Genova, Italy, Francesco Moresco has received his Master Degree (Laura

Magistrale in Giurisprudenza) from Università di Pisa summa cum laude in October 2019.
Francesco has been since September 2014 an Honor Student at Scuola Superiore Sant'Anna (Pisa),
where he was awarded after a strictly selective test of a full five-years scholarship including an
accomodation in the Scuola's college and the provision of a complementary education consistent
with the institution's excellency program. During the University years, Francesco followed
repeatedly his interdisciplinary interests, attending a high number of extra-juridical courses
(political economy, political philosophy, contemporary history, international geopolitics). He spent
two funded research periods abroad, first in 2017 when he worked on his annual dissertation on
International Terrorism at Friedrich Schiller Universitaet, Jena; further, in 2019, Francesco was
admitted as a visiting student at the Department of Sociology of University of Oxford, where he
broadened his knowledge on the criminological substrate of the transnational crime of Human
Trafficking under the supervision of Professor Federico Varese. The evidences collected were then
included in his Master Dissertation, a study of the organisational features of transnational human
trafficking to Europe with both a criminological and comparative (Italy-UK) focus. Apart from his
academic interests, Francesco was involved in different experiences in no-profit organisations: first,
in 2014, he founded a junior group of Amnesty International in Genova; further, in 2017-2018, he
took part to an activity of extra-forensic support to detainees provided by Associazione L'Altro
Diritto. Francesco is since November 2019 a funded PhD student of AMBSL, where he's been
admitted with a project on the juridical relevance of the concept of vulnerability in the supranational
immigration policy, with both a focus on Transnational Criminal Law and European Public Law.
His current academic supervisors are Prof. Dr. Florian Jessberger and Prof. Dr. Markus Kotzur. 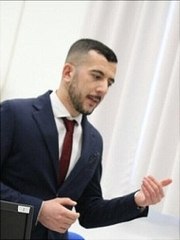 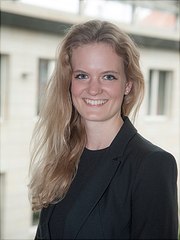 Anna-Lena Otzen was born 1993 in Hamburg, Germany. She studied law at University of Hamburg and University of East Anglia, Norwich passing her first state examination in 2017.

Since 2018 she has been working as a research assistant at the chair of Prof. Dr. Tilman Repgen (Civil Law, History of German Law, Private Law in Modernity), while writing her doctoral thesis on equity at the beginning of the 18th century. She joined the Albrecht Mendelssohn Bartholdy Graduate School of Law in October 2018. 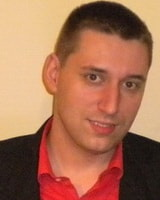 Since November 2015, Bojan Perovic is a Ph.D. researcher at the Albrecht Mendelssohn Bartholdy Graduate School of Law, University of Hamburg. His thesis is titled “The right to health of vulnerable groups during armed conflicts” under the supervision of Prof. Dr. Stefan Oeter and Prof. Dr. Markus Kotzur.  His academic interests and research areas extend to international public law, especially human rights and international humanitarian law as well fields such as discrimination, nationalism, and transitional justice. 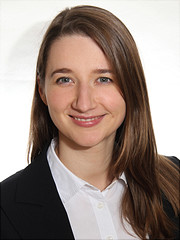 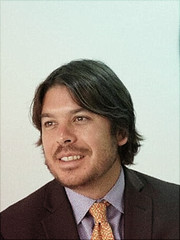 Tomás is a Colombian attorney and academic interested in private law, international law, environmental law, and energy law.  He holds an MBL in International Energy Law from the TU Berlin and the Berlin Institute for Energy and Regulatory Law, as well as an LLM in Banking and Finance from Queen Mary, University of London. He is researcher and teacher at the Civil Law Department and the Mines and Energy Department of the Universidad Externado de Colombia. He has published scientific articles in Colombia and in Germany. He is currently working on his dissertation, which explores intersections between international investment arbitration and climate change law. 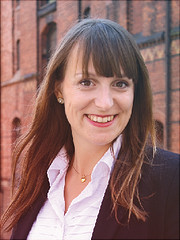 Max finished his law studies at University of Hamburg with a specialisation in European and International Law in 2017 (first state examination). During his studies he worked as a student assistant for Prof. Dr. Markus Kotzur, LL.M. (Duke), founded the first Jessup Moot Court Team of the faculty, coached several subsequent Jessup - teams and spent one semester at Université Paul Cezanne in Aix-en-Provence, France.

Max then completed his professional legal clerkship including placements with the Federal Chancellery, the lawfirm Redeker Sellner Dahs and the European Center for Constitutional and Human Rights (ECCHR) in Berlin, served as president of the staff council and passed the german bar exam (second state examination) in 2019. Beside his clerkship he published articles on Public International Law and European Union Law.

Since November 2019 Max is a member of the Albrecht Mendelssohn Bartholdy Graduate School of Law and holds a scholarship for his PhD. His project has an interdisciplinary approach with the main emphasis on Public International Law and Political Science and is supervised by Prof. Dr. Kotzur and Prof. Dr. Alexander Proelß. It explores the role of multilateral treaties as the foundation of the rule based order with a focus on international security policy. The german working title is „Multilaterale Vertragsregime als Grundbedingung einer normbasierten Internationalen Ordnung? Akteursdiffusion und Informalisierung in der internationalen Sicherheitspolitik“.

Max also is a Research Fellow and Lecturer at the chair of Prof. Dr. Stefan Oeter and lecturer at Europa-Kolleg Hamburg."