He holds a Ph.D. with distinction (Barcelona, 2004), LL.M. (New York, 2005), J.D. (Barcelona 1996). His PhD thesis addressed the immigrants' rights subject to return proceedings; he has also published on topics such as the political participation and the integration of immigrants in European societies. He has carried out research stages in New York, Brussels, Lausanne, Strasburg and Heidelberg. Author and co-author of different books, articles and chapters of books on Immigration and Refugee Law. At present he is PI together with Prof. Sonia Parella (UAB) of a Recercaixa 2016 research project on "Forced Marriages" and is engaged in creating an academic network on labour integration of refugees. He is member of the Executive Committee of the Migration Studies and Research Centre (CER-M, UAB), co-director of the Interuniversity LLM on Contemporary Migration (UB-UAB) and Director of its Summer School (UB-UAB-MDX). In addition, he is the co-director of the Spanish Yearbook on Migration (Cidob Foundation) and he has been the Spanish expert at the MIPEX IV Project, Migration Policy Group (2014). He has also been (co)author of several reports for different public administrations in Spain and member of Expert groups counselling the Ministry of Labour in Spain, the Catalan Secretariat of Migration or the Local Education Council of Barcelona. He has also worked as expert and reporter for the EU, including the European Commission (DG HOME, DG Culture and ERA), as well as for the European Parliament. He is counsellor at the Catalan Commission for Refugees and external adviser for JRS-Europe. 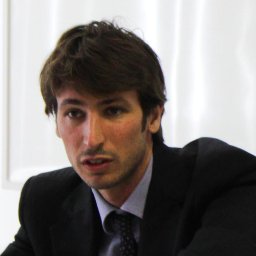 Andrea Romano holds a PhD in Comparative constitutional law (Sapienza, University of Rome, 2014). The core of his research interests relies on EU Migration and Asylum Law. On those areas, he focused his PhD thesis (“Borders management and the protection of fundamental rights of migrants”) as well as several publications dealing with – inter alia – the ECJ’s jurisprudence on the returns directive, the concept of vulnerability in EU asylum law and resettlement programmes.

After obtaining his PhD he was awarded some post-doctoral fellowships in Italy (Sapienza, University of Rome in 2014), in Switzerland (University of Fribourg, 2016) and Spain (UCLM and Institut d’Estudis Autònomics, in 2016).

He started teaching Constitutional Law as a temporary lecturer at the University of Barcelona in 2016 and since then he is involved in several teaching activities and research projects mainly focused on migration-related issues.

After graduating her bachelor's degree as the third-best in 2012 at the Law Faculty of Istanbul Kültür University with a state scholarship, she received in October 2013 her LL.M. degree with the defense of her work titled "The Relationship of Mediterranean States with the EU in the Light of Free Movement of Workers".

Currently, in her research project she deals with the association law and migration policy with special reference to Mediterranean countries. Besides her ongoing academic projects, she gives lecture on Turkish migration law and policy at the law faculty of UHH.

With a BA in Economic Sciences, Marta holds a MA of arts in International Relations (IBEI, Barcelona) and a Postgraduate Diploma in Contemporary Migrations (UAB). She accumulates more than six years of experience in the management of EU-funded projects, especially in the area of migration, asylum and integration. She currently works as a research assistant at CER-Migracions. As a consultant, she has produced reports on topics related to forced migration and interculturality; provided advice to the Spanish Network of Intercultural Cities (under the Intercultural Cities Programme of the Council of Europe); and taught courses on Diversity Advantage (UPF, Barcelona), project design and management (UAB), the refugee crisis & the labour integration of Refugees (VAE), and "Refugees: women and minors". She has been involved in several volunteering experiences with young Refugees (at a Reception centre in Athens, and in London within a Befriending project - British Red Cross).